Book of the Dead exhibition at the Garstang Museum of Archaeology 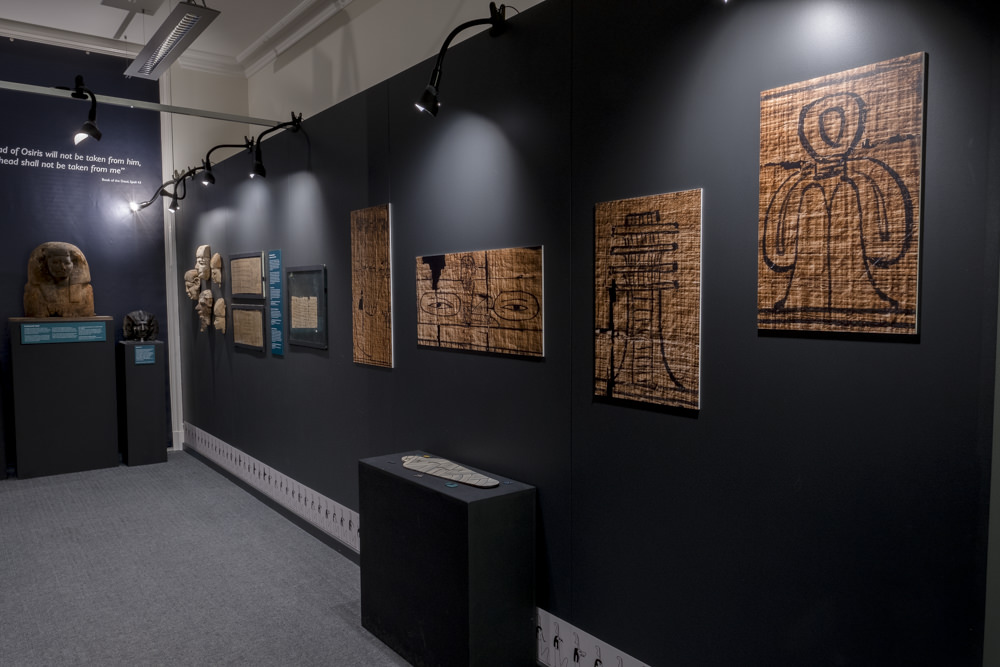 The Book of the Dead exhibition

The Garstang Museum of Archaeology is the departmental museum at the University of Liverpool. Since 2016, the museum has held an annual temporary exhibition over the summer months. The exhibition for 2017 was about the ancient Egyptian funerary text the Book of the Dead.

I came in to do the photography for the exhibition. The purpose was twofold:

Most of the photography was done in the department’s imaging suite in the basement of the building, which allowed for strictly controlled lighting conditions. Most of the papyri are encased between two sheets of glass, so avoiding reflections was one of my main concerns. I lit the papyri using a single light, and positioned it low down and from one corner for two reasons:

I love the aesthetics of bringing out the texture of the papyrus. It reminds me not only of the work that the scribes did to write the texts, but of the construction of the medium itself. It also gives the texts an ‘otherworldly’ feel, rather appropriate for an exhibition about the Egyptian afterlife.

One of the papyri in the collection – a copy of the Book of the Dead belonging to a man called Bakenkhons – had to be photographed separately. Unlike the other papyri, it’s not encased in glass; many years ago, someone stuck it to pieces of card instead. So, because it’s not protected from the air, the text is kept in an environmentally controlled room in another part of the museum. To photograph the page we needed, we had to go across to where the papyrus is stored and photograph it in situ.

This involved setting up in a lab storeroom, with very little space to spare and less control over lighting. However, the lack of glass, resulting in no reflective surfaces, made the environment less of an issue.

Whilst some of the images were straightforward to process, requiring little more than some tweaks to contrast and framing, others were not so. Some sheets of papyri were broken from where they’d been rolled up in antiquity. One of them was so fragmentary it couldn’t be displayed at all.

I used Photoshop to ‘mend’ broken pieces of papyri; I straightened and realigned sections to make them a more comprehensive, aesthetically pleasing image. I detailed the process a little more in this blog post.

I also did a small amount of focus stacking, particularly when I was working very close-up to the papyrus photographing very small details. Because your depth-of-field gets narrower and narrower the closer you are to your subject, even a relatively flat surface such as papyrus was starting to drop out of focus in places. The focus-stacking was minimal, needing perhaps three shots of an image to make the stack, but it guaranteed the sharpness of the images.

The exhibition opened on Liverpool Light Night in May 2017. Light Night is an annual date with cultural events going on in the evening across Liverpool. I was so pleased to see my photos alongside all the wonderful artefacts, and the exhibition had some fantastic feedback.

It stayed open over the summer and then moved across the to Garstang’s sister museum in the university, the Victoria Gallery and Museum, to show October 2017 until October 2018. 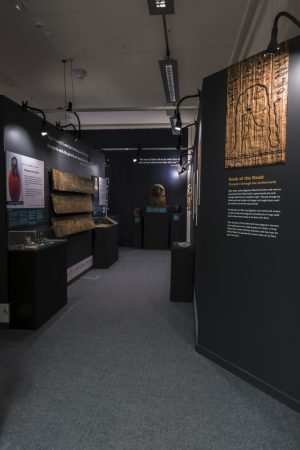 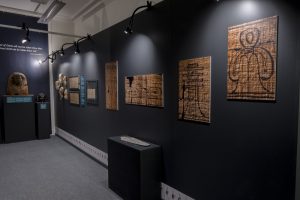 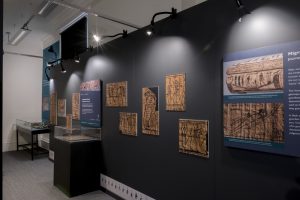 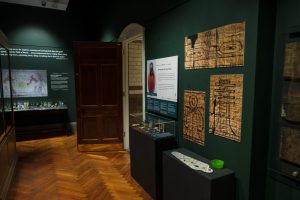 Amulets and more of my photos 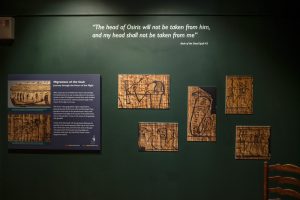 Some of my images looking fab on the wall 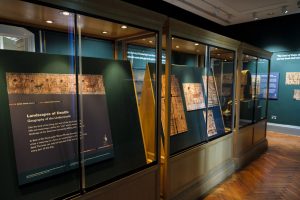 A collection of my images in the display case
This site uses cookies: Find out more.