‘The name of Thoth’ art print

Thoth was a true academic; the god of knowledge and the inventor of writing. He was a record-keeper and accountant, as well as messenger, mediator and advisor to the other gods. He also recorded the passing of time and possessed special magic and knowledge unknown to even the other gods.

This print is of the hieratic writing of the name Thoth. Hieratic was the everyday, cursive version of hieroglyphs used by scribes. The hieroglyph used primarily to write the name ‘Djehuty’ was an ibis on a standard; the elegant swoosh of the beak and back make the bird recognisable, even in cursive form.

This piece is from a page of the Book of the Dead from the collection at the Garstang Museum of Archaeology in Liverpool (accession number E.507(1)). The owner of the manuscript was a woman called Tjawtayundenit, a songstress of Amun-Re who lived in Thebes during the 21st Dynasty (1069–945 BC). 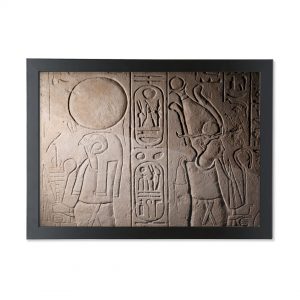 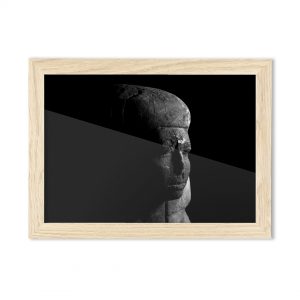 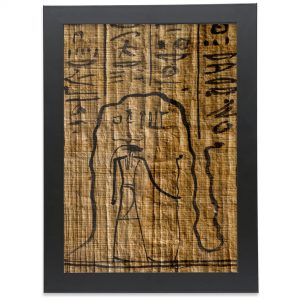 ‘Re and Mehen’ art print of the Egyptian Amduat 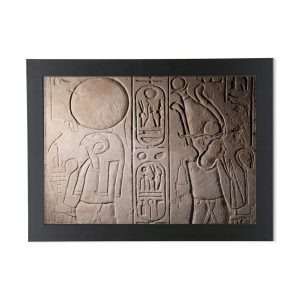