Home / Shop / Wall art / Posters / ‘Re and Mehen’: poster from the Egyptian Amduat

‘Re and Mehen’: poster from the Egyptian Amduat

According to ancient Egyptian mythology, the sun-god Re spent the night travelling through the underworld in his barge, fighting the great serpent Apophis and regenerating from old age back into youth in preparation for a new day’s travel across the sky.

On this poster, we see Re with a ram’s head, travelling through the 12th hour of the Amduat. He’s protected by the serpent Mehen, who encircles him and protects him from harm in the underworld.

This piece comes from the Amduat of the lady Tjawtayundenit now in the collection at the the Garstang Museum of Archaeology in Liverpool. Tjawtayundenit was a songstress of Amun-Re, who lived in Egypt during the 21st Dynasty (1069–945 BC).

Own a piece of artwork from the walls of the Tate Liverpool! This photo was featured in the Garstang’s Tate Exchange Workshop in December 2017; an exhibition centered around the surrealism of the ancient Egyptian afterlife.

Be the first to review “‘Re and Mehen’: poster from the Egyptian Amduat” Cancel reply 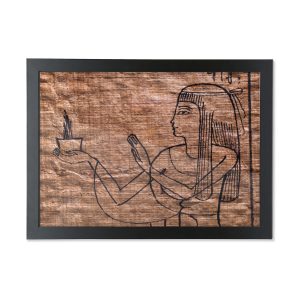 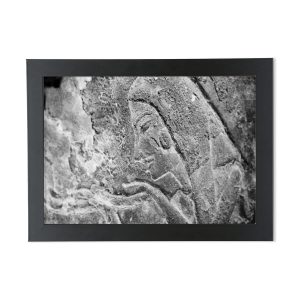 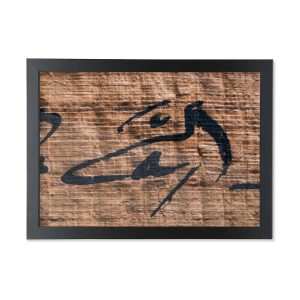 ‘The name of Thoth’ framed A3 fine-art bamboo print 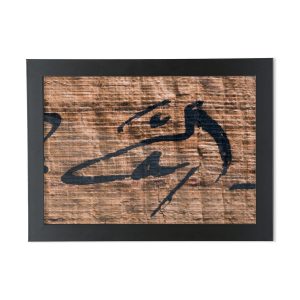 ‘The name of Thoth’ framed A4 fine-art bamboo print 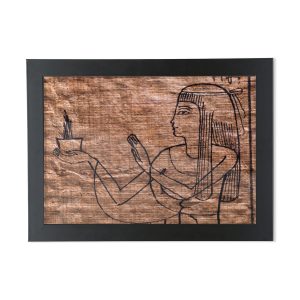