Ever feel like someone was watching you? With this mug by your side, those eyes, at least, will be benevolent.

The eyes were a powerful symbol in ancient Egypt. As well as the Eye of Horus being one of the most prolific protective amulets, eyes were frequently painted on the sides of coffins and the prows of ships to protect their inhabitants. The eyes could see ahead, able to see oncoming danger and give the powers of protection and prediction.

This pair of eyes are painted on the side of the coffin belonging to an ancient Egyptian man called Ipi, who lived during the Middle Kingdom. The coffin is now in the collection at the Garstang Museum of Archaeology in Liverpool.

Own a piece of artwork from the walls of the Tate Liverpool! This photo was featured in the Garstang’s Tate Exchange Workshop in December 2017; an exhibition centered around the surrealism of the ancient Egyptian afterlife.

The design on this mug is printed using the dye sublimation method, meaning it’s both dishwasher- and microwave-safe.

Each mug is printed to order, usually dispatched within two working days. This means that resources are used only as and when needed. 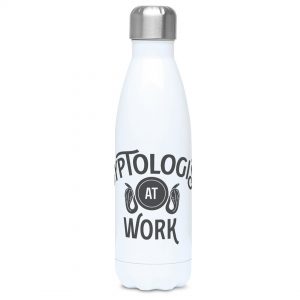